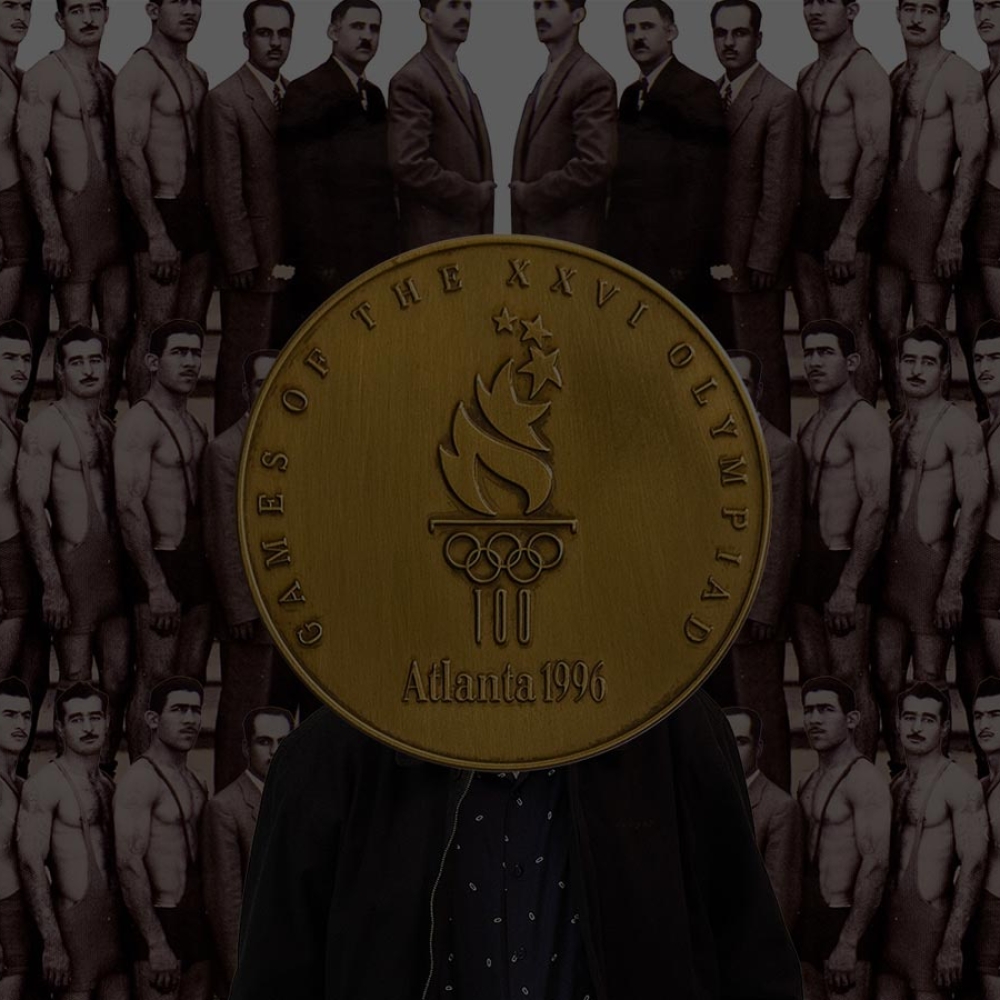 Wrestling in Iranian culture dates back to several thousand years ago, to the time of antiquity and mythology. The narrations of the great heroes (Pahlavan) such as Rustam, Puriaye Vali and later of Haj Hossein-e Razzaz and Haj Mohammad Sadeq-e Bolurforush indicate the high rank of the heroes in Iranian culture. The national heroes’ ranking in social arena is so high that in the first Pahlavi dynasty, Shah’s court feels the danger and decides to eliminate the position of heroes in the society.In those very years, the first round of wrestling championship contests, copied exactly from the western contests, is held in Iran. Little by little in Zurkhanes (traditional gymnasium), the wrestling mat and mat wrestling become popular and heroic wrestling moves from Zurkhane’s octagonal pit (gowde Zurkhane) to wrestling mat. The championship wrestling attracts the traditional heroes and the heroic traditions and ethics are translated into modern championship and medals.My father’s interest in Zurkhaneh and his enthusiasm for leading me and my brothers to the championship had caused me to always have the championship and medals in my mind. During the past years, my every now and then accompanying my father in Zurkhaneh gave me the chance to have a close contact with the circle of his friends, the men of the last generation. The champions, whom once we had cheered for, were in front of my camera. The champions of this collection belong to a generation of wrestling in Qazvin, the champions who have gained many national and international medals from 1955 to 1985.Medals which finally get to Friday Bazaar and Seyyed Esmail Bazaar or are forsaken in the memory box of a champion.This is to commemorate those of them who live and those who have ceased to live.